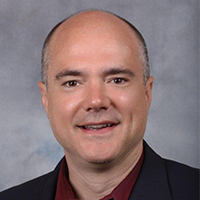 Dr. Williamson is a Georgia native and received all of his higher education at Emory University. While at Emory, he served as Chief Resident in Neurology and completed a fellowship in Clinical Neurophysiology. He is board–certified in Neurology and has completed the criteria for Extra Credentials in Clinical Neurophysiology. He has practiced at North Georgia Neurological Clinic since 1994. He has served as the physician member of the Gwinnett County Board of Health for five years and is a graduate of the Leadership Georgia program. He has also served on several medical missions to Guatemala and Haiti.

Dr. Williamson has been heavily involved in his county and state medical societies, serving as President of the Gwinnett County Medical Society, as well as President of the Medical Association of Georgia, the state’s largest physician organization. He now serves as the spokesperson for a nation-wide group of tens of thousands of physicians. In this capacity, he has had many opportunities to positively influence the national debate on health care reform. He has given three invited testimonies on Capitol Hill to members of the US Congress, as well as dozens of local and national radio, television and print media interviews.

Despite his involvement in professional organizations, Dr. Williamson remains most passionate about caring for patients with neurological illnesses. He is hopeful that his efforts at the state and national level will help protect the interests of his patients for years to come. 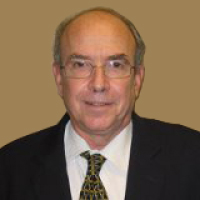 Dr. Krendel is a board-certified neurologist who joined North Georgia Neurological Clinic in 2000. He practices general neurology and is particularly experienced in the diagnosis and management of neuromuscular diseases.

He has authored numerous articles on clinical neurology which have been published in peer-reviewed journals and has presented his work at many medical meetings in the United States and Europe. He is a fellow of the American Academy of Neurology and the American Association of Neuromuscular and Electrodiagnostic Medicine; and an active member of the European Neurological Society. On multiple occasions, he has been elected by his peers for inclusion in the publication “Best Doctors in America”.